The works of Horacy Muszyński (b. 1994) combine film, performance and video art. His unique, experimental projects explore the boundaries between reality and fiction, high and low culture. He has developed his own radical film language, a mixture of genres and styles, from horror to documentary. With minimal resources, Muszyński creates special effects and tells highly imaginative visual stories using elements of parody, B films and amateur films. Underneath his absurd humour, there is a critical look at current social issues. For six weeks, from 30 August to 11 October 2020, Horacy Muszyński travelled around the Wadden area of ​​the Netherlands, where he was making an experimental horror film about Friesland. During this time, he lived and worked in a car which he also used as a mobile film studio. The residency resulted in a film combining the macabre and the ridiculous, which is surprisingly up-to-date. The exhibition at Mieszkanie Gepperta will consist of the screening of the film and feature a number of elements appearing in the setting of Muszyński’s Dutch production.

As a result of the SRV-residency, artist Horacy Muszyński made a horror film entitled Rixt. Muszyński drew inspiration for the script from Frisian folklore. The story of the witch Rixt van Oerd is central to the film. Muszyński portrays the Frisian Wadden landscape in a unique way, as a backdrop for a dystopian vision of the future. Current topics, including plastic pollution in the Wadden area and the economic consequences of the coronavirus crisis, have been incorporated into the film with a lot of humor. An enthusiastic amateur crew and cast were involved in the project from start to finish, developing their talents in the process.

The film Rixt will be screened at Mieszkanie Gepperta in Wrocław from 12 April to 10 May.

Horacy Muszyński has graduated in Experimental Film from the Faculty of Painting and New Media of the Academy of Art in Szczecin. He is currently participating in the postgraduate programme of De Ateliers, an art institution in Amsterdam.

He works at the intersection of film and art, often introducing elements of humour and performance, e.g. in the film Dolly, the actors playing the family were supposed to behave like one also outside the set. In ID, Muszyński hired an actor who replaced him in real life for a week. 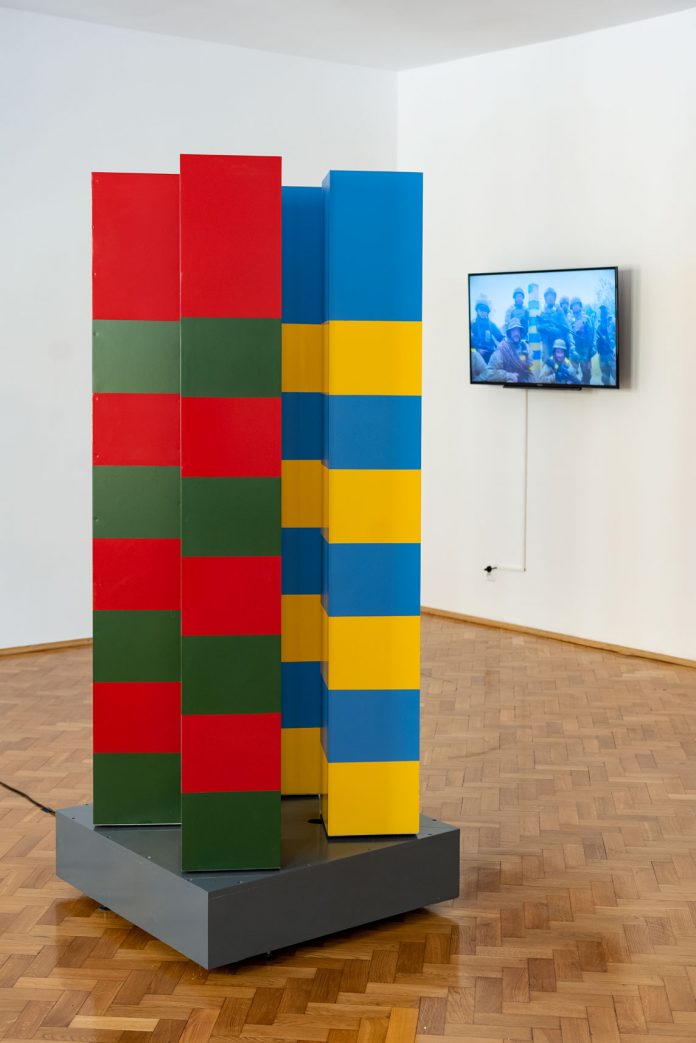